Joseph Weiler studied law (LLB and LLM) in the United Kingdom (Sussex and Cambridge) and at the European University Institute in Florence, Italy (PhD), where he later served as professor of law and head of the Department of Law. In the United States, prior to his appointment at NYU School of Law, he served as professor of law at the University of Michigan and as a chaired professor at Harvard Law School. His research and teaching focus on international law, the law of the European Union and the WTO, and the interface between religion and law. Among his noted books are The Constitution of Europe,Un Europa Cristiana, and a novella, Der Fall Steinmann. Weiler is currently on leave serving as president of the European University Institute in Florence, Italy. 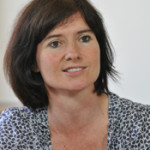 Gráinne de Búrca Hauser Global Law School, and Director of the Jean Monnet Center for International and Regional Economic Law and Justice.  Previously, she was professor at Harvard Law School, Fordham Law School, and at the European University Institute in Florence.   Before that, she was Fellow of Somerville College and lecturer in law at Oxford University from 1990-1998.  She has written widely on questions of EU constitutional law and governance, human rights and discrimination, and EU international relations and transnational governance. She is co-editor of the Oxford University Press series Oxford Studies in European Law, and co-author with Paul Craig of the OUP textbook:  EU Law, currently in its fifth edition.

Introduction to the Jean Monnet Program