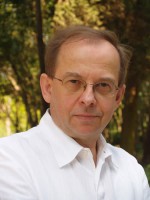 is Challis Professor of Jurisprudence at the University of Sydney and Professor of the Centre for Europe at Warsaw University. He has taught at several institutions around the world, such as Cornell Law School and Cardozo Law School in the United States, and at universities across Europe: in Trento, Paris and Warsaw. He was Professor of Legal Theory and Philosophy of Law at the European University Institute in Florence from 1999-2009. Specialising in philosophy of law, political theory, constitutional theory and comparative constitutional law, his most recent books include: Rights Before Courts: A Study of Constitutional Courts in Postcommunist States of Central and Eastern Europe (Springer, 2005), Equality and Legitimacy (Oxford University Press, 2008) and Constitutionalism and the Enlargement of Europe (Oxford University Press, 2012). A member of a number of governing and programme bodies of think tanks and NGOs dealing with human rights and democracy promotion, he is currently Chairman of Academic Advisory Board of the Community of Democracies. A full profile and list of publications is available at http://sydney.edu.au/law/about/staff/WojciechSadurski/index.shtml.

Public Reason in Constitutional Law and Political Philosophy In liberal political philosophy “public reason” has been considered an important device of political legitimacy. Public reason is an idea that laws and coercive policies are only legitimate when triggered by the ‘right’ motives, oriented towards public good rather than sectarian or selfish interests. In constitutional adjudication “reasonableness” has become (mainly via the proportionality analysis) a leading vehicle of scrutinizing legal restrictions of constitutional rights. My research, which will span the disciplines of political philosophy, legal theory and comparative constitutional law, will attempt to draw connections between public reason (and reasonableness) as employed by political philosophers and reasonableness in constitutional law, and identify common presuppositions and implicit aspirations of both. My hypothesis is that, in contrast to a constitutional method that may be dubbed “categorical”, employment of reasonableness brings more transparency and consensus-seeking to constitutional scrutiny of rights. These aspirations are also important for liberal political philosophy. I will test this hypothesis by looking at the reasoning of a number of constitutional courts worldwide, aiming at flushing out the idea of public reason apparent in their judgments. In particular, I will study constitutional courts in transitional democracies, including in post-communist Central and Eastern Europe, because this is where public reason (with its inclusionary and egalitarian potential) is most badly needed. I will also explore whether the appeals (even if only tacit) to public reason may have the potential to cleanse public discourse of sectarian and anti-egalitarian (e.g. racist) arguments. In this study I will use the Rawlsian conception of legitimacy (properly modified and defended against its critics) as a theoretical compass with which to approach constitutional reasoning.

During my time at Straus Institute I will also write a second (updated) edition of my Rights Before Courts: A Study of Constitutional Courts in Postcommunist States of Central and Eastern Europe.