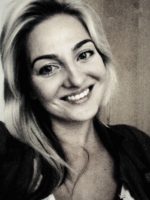 I came to the Jean Monnet Center at NYU School of Law after I completed my doctorate in EU Law at the University of Oxford, where I also held a lectureship in EU Law.

My research interests include European integration, public law and regional constitutionalism. My doctoral thesis was concerned with the role of the Court of Justice of the European Union in shaping the EU’s constitutional order.

Before commencing my DPhil in Law degree, I completed the Magister Juris (2012) with distinction and MPhil in Law (2013) degrees, both at the University of Oxford. I was awarded the Weidenfeld Scholarship for both degrees, as well as for my doctorate. My MPhil thesis focused on the status of the right to strike in the EU after accession to the European Convention on Human Rights. It was published in two separate publications: as a chapter in M Freedland and J Prassl (eds), EU Law in the Member States: Viking, Laval and Beyond (Hart Publishing 2014), and an article in Human Rights Law Review.

I completed the Bachelor of Laws (2008) and Master’s in International Law (2010) degrees at the Mykolas Romeris University in Vilnius, Lithuania, where I graduated first in class for both degrees.

During my university career, I have also studied in Aix-Marseille University (France) and Ghent University (Belgium), and was a Grotius Research Fellow at the University of Michigan (USA).

My non-academic interests include swimming, running, making friends with dogs and having great conversations at coffee shops, preferably with friends.