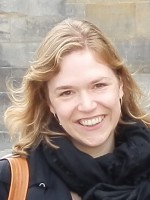 Vanessa’s research focuses on the interplay between private law and regulation in the EU, with a specialisation in European consumer law. Her current research focuses on the role of private law in the economic regulation of the European (consumer) market, with particular focus on consumer credit and investment law. Vanessa is editor-in-chief of the Dutch Tijdschrift voor Consumentenrecht (TvC) and an editor of the international Zeitschrift für Europäisches Unternehmens- und Verbraucherrecht (euvr). Her current research is funded by an Aspasia grant from the Netherlands Organisation for Scientific Research (NWO).

The Centre Cannot Hold – or Can It? Managing Pluralism in European Private Law Vanessa Mak's research will focus onlawmaking in private law in times of globalization. The project focuses on areas in European regulatory private law in which an increasing interplay between State regulation, transnational law and norm-setting by private actors can be observed. It explores how the ensuing legal pluralism in these fields can be managed, taking account of the need to safeguard basic principles of (private) law such as legal certainty and the quality of regulatory norms e.g. with regard to consumer protection.