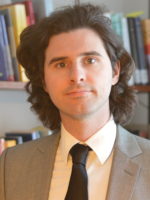 Timothy Roes conducted his PhD research entitled ‘The Limits of EU Loyalty’ at the Catholic University of Leuven, Belgium, under the supervision of Professor Geert De Baere and Professor Koen Lenaerts. He also holds a Master of Laws from this university, a Bachelor of Laws from the University of Antwerp and an LL.M. from New York University. Timothy has interned at the Court of Justice of the European Union in Luxembourg (chambers of then Vice-President Lenaerts) and was a teaching assistant and researcher at the KU Leuven Institute for European Law. He participated in the European Law Moot Court Competition and successfully coached student teams, winning the competition in 2011. Timothy’s research interests comprise the nature of the EU legal order, the history of its integration in light of international relations theory, comparative federalism, EU external relations and the philosophy of language.

Where Fences Won’t Make Good Neighbours. On Horizontal Federalism, Spill-Overs and Good Neighbourly Relations in the EU and the US. Federalism studies in the EU focus on federal-state conflict and neglect interstate conflict. While judges and academics in both the EU and US have worked to develop a coherent theory on vertical federalism, such efforts have been largely absent with respect to horizontal federalism. As a consequence, judges traditionally approach issues that (implicitly or explicitly) involve regulatory overlap between States in a case by case fashion, without seeing subtle permutations of a single constitutional problem. In the US, things recently have started to change – horizontal federalism now is a burgeoning area of study and a modicum of interstate conflict is viewed as a healthy sign of a federal democracy. There are good indications that the EU, too, could benefit from abandoning its federalist myopia. Of course, the CJEU does not have general jurisdiction over interstate disputes like the US Supreme Court has, and Member State v Member State disputes rarely reach the CJEU. However, a closer look reveals that even the CJEU routinely adjudicates cases that have a distinct impact on interstate relations and, hence, on Member State powers. Therefore, in a time in which the EU is under marked scrutiny from its citizens,  interstate conflict deserves scholarly attention and a proper effort towards theorizing horizontal federalism.