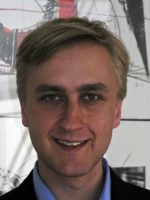 Thomas Wischmeyer is a DAAD Visiting Fellow at NYU Deutsches Haus, as well as a postdoctoral researcher at the Institute for Staatswissenschaft and Legal Philosophy (Freiburg University), Germany. Thomas graduated from Freiburg Law School first in class, for which he was awarded the “Konrad Hesse Prize”. During his studies in Freiburg, Lausanne and Krakov, he specialized in criminal law and interned inter alia at the International Criminal Tribunal for the Former Yugoslavia. In 2010 he received his Second State Exam following two years of clerkship at the District Court and the Public Prosecutor in Freiburg, at an international law firm and at the Federal Constitutional Court in Karlsruhe.

After his exam, Thomas continued to work at the Bundesverfassungsgericht for the President of the Court Professor Andreas Voßkuhle before starting his academic career at the Institute for Staatswissenschaft and Legal Philosophy. He spent the spring semester 2012 at Yale Law School as a visiting doctoral researcher and received his PhD in legal and constitutional theory summa cum laude from Freiburg University in 2014. In his dissertation he shows how law can be conceptualized in terms of agency and – collective – intentionality. His current research focuses on the role of law in the information society and in particular on the emerging paradigm of ‘information security’.

Thomas is the author of three books, including ‘The costs of rights: The fiscal dimension of fundamental rights’ (Mohr Siebeck , 2015) and most recently ‘The centrist constitution’ (forthcoming in 2016, co-authored with Andreas Voßkuhle), and has published articles on a wide variety of topics from European and German constitutional and administrative law, constitutional theory, legal methodology, and information law. Thomas has taught classes on constitutional law, fundamental rights and administrative law. He has received several scholarships and awards for his undergraduate and postgraduate studies.