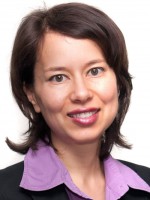 is Professor and Associate Dean (Research) (2012-2014) at Melbourne Law School, The University of Melbourne. She is a former Legal Officer of the WTO Appellate Body Secretariat and has previously practiced law with Mallesons Stephen Jaques and the Australian Government Solicitor and taught law at Georgetown University, the University of Western Ontario, the Australian National University, Monash University, and Bond University. Tania undertook her Master of Laws at Harvard Law School and her PhD in Law at the University of Cambridge. She has published widely in the areas of public international law and international economic law. She is the author of Cultural Products and the World Trade Organization (Cambridge University Press, 2007) and the editor of Trade Liberalisation and International Co-operation: A Legal Analysis of the Trans-Pacific Partnership Agreement (Edward Elgar, 2013). Tania is a member of the Roster of Panelists for the Energy Charter Treaty and of the Indicative List of Governmental and Non-Governmental Panelists for resolving WTO disputes. She has provided expert advice and training to entities such as the Australian Department of Foreign Affairs and Trade, the WTO, the World Health Organization, Telstra, and the McCabe Centre for Law and Cancer.

Evidentiary Challenges for Public Health Regulation in the Context of International Trade and Investment Law.

Recent challenges to public health regulation such as Indonesia’s WTO challenge to the United States’ tobacco flavouring ban, and the WTO and investment treaty challenges to Australia’s plain tobacco packaging scheme, have raised common problems of evidence in international trade and investment law. Responding states are faced with high expectations in justifying their public health measures with empirical evidence connecting the measure with its purported health outcomes. The significance of these problems is heightened by existing and contemplated legislation in other jurisdictions on similar matters.

Evidentiary challenges for public health regulation are exacerbated in the case of world-first measures (such as plain packaging in Australia). In these circumstances, concrete real-world evidence of the effect of particular measures may not be available. Instead, governments may need to rely on indirect evidence of the likely impact of a proposed measure, using proxies such as surveys of the intentions and preferences of consumers. For measures crafted to balance different health impacts within the constraints of political and legal circumstances, trade-offs may need to be made between different effects on health, and evidence will be needed to support the overall assessment of the costs and benefits of a particular measure. The complexity of public health regulation also means that it may not be possible to isolate the health effects of a particular measure; rather, a number of health measures may operate in concert to achieve the desired results, and the evidence may necessarily reflect the implementation of these different measures acting together.