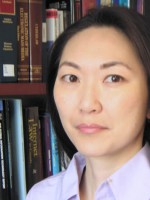 The Last Nazi Bond and the Early Years of the SEC

As a Global Emile Noël Fellow, Professor Kim will engage in research for an article tentatively titled, “The Last Nazi Bond and the Early Years of the SEC” (coauthored with  Mitu Gulati, Professor at Duke Law School, and Mark Weidemaier, Professor at UNC School of Law). The goal of the project is to explore in greater detail the use of the voluntary exchange offer, one of many techniques used by the Nazi Government to prevent the outflow of foreign currency when it was in the midst of a foreign exchange crisis and ultimately to enable Germany’s economic recovery during the interwar period. We would like to explore how the exchange offer was received and perceived by the holders of these credit obligations, who no doubt viewed the exchange offer as coercive in many respects, and what (if anything) the holders did to pressure the U.S. government in its foreign relations with Germany.  In addition, we would also like to understand how American actors, e.g., the U.S. paying agent for the German conversion bonds, the U.S. law firms, and the U.S. Securities & Exchange Commission regarded Germany’s status as a frequent defaulter, as well as how they approached the fact that—by the time that the exchange offer took place—the German government was already known as a lawless government, given Hitler’s 1934 purge of his rivals in the Night of the Long Knives.