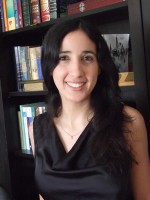 The qualitative empirical research aims to investigate the multiple audiences, beyond states, that affect judicial behavior at the international level, and the legal discourse in which international courts engage in order to maintain their legitimacy among growing circles of audiences in an era of increasing judicial power in global governance. To these ends, the research focuses on the mandatory inter-state dispute settlement system of the World Trade Organization (WTO). The research takes a case-study approach through which an in-depth analysis of WTO disputes is carried out, with particular emphasis on a growing category of politically sensitive disputes that goes beyond the core trade mandate of the WTO and involves societal values such as health and environment. The case-study analysis is grounded in empirical data gathered through interviews with WTO practitioners involved in the work of the WTO dispute settlement system, thereby exploring the world of international adjudication as it is experienced by those who form part of it.