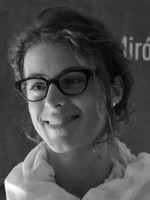 is a research associate of Constitutional and European Law at the School of Law, University of Ferrara. She obtained her PhD in Constitutional Law in 2009, having been awarded the prize for the best PhD Legal thesis of the year with her dissertation: “The doctrine of direct effect and the application of the law. The effect of European self-executing law between the interpretation of the European Court of Justice and  national courts”. Between 2005 and 2006 she spent a trainee period at the European Court of Justice in Luxembourg as a young assistant for the cabinet of Judge Professor Paolo Mengozzi. She has taught courses in Constitutional and European Law at the University of Ferrara and the University of Padua. She is a member of several research groups related to her main field of interests: European Union law, Constitutional law, Legal theory and Biolaw. She is also a member of the editorial staff of the Italian Constitutional Law journal Quaderni costituzionali_Euroscopio, guided by Judge Prof. Marta Cartabia.

Effectiveness, legality and framework of powers in Europe: the many challenges of Union citizenship

The proposed research focuses on the multi-facetted concept of European citizenship, relating both to the role it plays within the European legal order – specifically in dealing with the principles of conferral of powers and effective judicial protection of individuals – and with regards to the relationship between European law and member state constitutional systems.

The main idea underlying this research is that the legal condition of EU citizenship, as it has been developed by the ECJ through its more recent decisions (i.e. Rottmann, Zhu and Chen, Zambrano, Mc Carthy), is likely to “crumble” the principle of conferral of powers, uprooting it from its unique role as an agreement-condition between Europe and its member states. Extending citizenship boundaries through the use of hermeneutical instruments, the EC has effectively enlarged and, at the same time, blurred the definition as to what cases fall within the scope of European law. The relationship between citizenship status and the fundamental freedom of movement is therefore no longer evident. Furthermore, it isunclear as to what the European competences in this field currently are and what margin of appreciation is to be left to member states in order to decide their own national legislative policy.

The “crossroads of citizenship” appears to be crowded by contrasting general principles – all of which seek a political and subsequent judicial balance – and different reasoning levels (norms, legal orders, case law and constitutional adjudication, legal theory of interpretation, policies and polities). As an Emile Noel Fellow I will concentrate my research on the role that Union citizenship and its consequences effectively play in the complex structure of European legal order.

The main questions subtending my investigation are:

1. Is it possible to sketch the boundaries of EU citizenship?

2. What is the role played by the judicial reasoning on the political way to the definition of Union citizenship institution?

3. Is the Union citizenship redrawing the framework of competences in the European legal order? (I.e. what is the connection between citizenship and principles of sovereignty, legality and effectiveness?)

All of these questions will be approached through a “wide-angle lens”, embracing the principles of effectiveness, legality and conferral of powers.