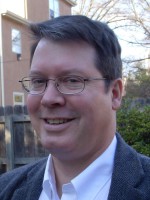 is Assistant Professor in the Department of History at the University of Memphis. He grew up in Andover, Massachusetts, where he graduated from Phillips Andover Academy (1984) and Harvard College (A.B. in Philosophy 1988), cum laude in General Studies. He received a J.D. from the University of California at Berkeley (1993), Order of the Coif, and a Ph.D. in History of Religions from the University of Chicago (2002), based on research conducted in Calcutta, India, on a Fulbright-Hays Fellowship. Prior to arriving in Memphis, Yelle was a Mellon Postdoctoral Fellow at the University of Toronto and a Fellow at the Illinois Program for Research in the Humanities at the University of Illinois at Urbana-Champaign. A former Guggenheim Fellow, Yelle is the author of Explaining Mantras: Ritual, Rhetoric, and the Dream of a Natural Language in Hindu Tantra (Routledge, 2003); The Language of Disenchantment: Protestant Literalism and Colonial Discourse in British India (Oxford University Press, 2013); and Semiotics of Religion: Signs of the Sacred in History (Bloomsbury, 2013), in addition to numerous articles. He co-edited After Secular Law (Stanford University Press, 2011) with Winnifred Sullivan and Mateo Taussig-Rubbo.

An active member of the American Academy of Religion, Yelle is presently Editor of the AAR/Oxford University Press book series Religion, Culture, and History. He served as Chair of the AAR’s Law, Religion, and Culture Group, and is currently on the steering committees of the Secularism and Secularity Group and the Religion, Colonialism, and Postcolonialism Group. Yelle has been Executive Secretary of the North American Association for the Study of Religion (2007-2011).

In Memphis, Yelle lives in the Central Gardens District with his wife, Dr. Lynda Sagrestano, daughter Maya, and their two dogs. He is an avid amateur chef and oenophile.

Sovereignty and the Sacred: Judaism, the Exception, and the Political Theology of Secularism

My book project traces the legacy of earlier Christian polemics against Judaism for the political theology of secularism. For Rudolf Otto, as revealed most particularly in the Hebrew Bible, the Holy is “wholly other,” a rupture in the natural and moral orders exemplified by revelation, miracles, and sacrifice. Such moments, by defying both natural law and human reason, confirm the sovereignty of the Holy. Carl Schmitt argued that our secular age has been founded on the exclusion of such exceptional moments, for political reasons. The radical Enlightenment rejected the idea of an arbitrary God as incompatible with the lawfulness that grounds human autonomy. By reassessing a key moment in the development of the modern constitution—the attack on miracles, revelation, and sacrifice in the Hebrew Bible conducted by English Deists in the 17th and 18th centuries— and proposing a very different understanding of the intersection of sovereignty and the sacred based on a reading of the Torah, my project will trace part of the theological genealogy of secular politics and expose the still unsettled relationship between politics and religion, and between Christianity and Judaism.