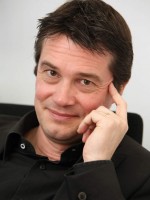 Having studied with Jürgen Habermas in Frankfurt and with John Rawls at Harvard, Forst received his PhD in Philosophy from Goethe University in 1993 with his Kontexte der Gerechtigkeit (Suhrkamp, 1994; Engl. Contexts of Justice, University of California Press, 2002). Thereafter, he taught at the Free University Berlin, and in 1995/96 and in 1999 he was Visiting Professor at the New School for Social Research in New York City. From 1996 to 2002, he taught in Frankfurt and received his “Habilitation” with Toleranz im Konflikt (Suhrkamp, 2003, Engl. Toleration in Conflict, Cambridge UP 2013). In 2003, he received a Heisenberg Fellowship from the German Research Foundation. In 2005/06 he was the Theodor Heuss-Professor at the New School and since 2004 is Professor of Political Theory and Philosophy in Frankfurt. Since 2007, he is co-director of the Research Cluster “The Formation of Normative Orders,” a major interdisciplinary research center funded by the German Excellence Initiative. In addition, he has been a member of the founding directorate of the new Institute for Advanced Studies of Goethe-University at Bad Homburg near Frankfurt (where he is a Permanent Fellow) and is Vice Director of the Research Center “Justitia Amplificata” based in Frankfurt.

His Das Recht auf Rechtfertigung (Suhrkamp) appeared in 2007, published in 2012 as The Right to Justification (Columbia University Press). In 2009, he was Harris Distinguished Visiting Professor at Dartmouth College. In 2011, Kritik der Rechtfertigungsverhältnisse (Suhrkamp) appeared (Engl. forthcoming from Polity Press as Justification and Critique). He has been invited to various fellowships, for example at the Wissenschaftskolleg zu Berlin. Rainer Forst serves as Associate Editor of Ethics and the European Journal of Political Theory, is part of the Executive Editorial Committee of Political Theory and is on the board of numerous international journals such as Contemporary Political Theory. In addition, he co-edits the series Theorie und Gesellschaft and Normative Orders (both with Campus Verlag). In 2012, he received the Gottfried Wilhelm Leibniz Prize of the German Research Foundation, the highest honor awarded to German researchers.

Transnational Justice and Democracy. Overcoming Three Dogmas of Political Theory The title of this project seems to signal a tension, indeed virtually a contradiction, in a number of respects. Democracy is generally understood as a form of political organization and government in which, through general and public participatory procedures, a sufficiently legitimate political will is formed that acquires the force of law. Justice, by contrast, appears (at least in the eyes of many theorists of democracy) to be a value external to this context that is understood not so much as connected with procedures of “input” or “throughput” legitimation but instead as a concept oriented to “outputs” or outcomes. However, as I see it, we inevitably talk past the topic of “transnational justice and democracy” unless we avoid such false dichotomies. My thesis is that justice must be contextualized or “grounded” in a political manner as regards both how we understand it and its application to relations beyond the state. In arguing thus, I take issue with some erroneous dogmas in political theory:

1.    The dogma of the incompatibility of democracy and justice;

2.    the dogma that only a state can constitute a context of justice; and

3.    the dogma that democracy must take the form of a practice of a demos organized within a state.

This third dogma also implies that the project “transnational justice and democracy” involves a contradiction, in the sense that justice (contrary to dogma 2) is understood as being independent of nations and states, whereas democracy is defined in statist terms. In order to achieve a clear view of the prospects of transnational justice and democracy and to be able to understand transnational forms of democracy as simultaneously a requirement and a condition of justice, all of these dogmas must be overcome.