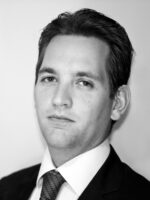 Rafael will join the University of Sheffield Law School in 2020. He is an expert in international law and governance, international economic law and political economy, banking and financial law and policy. His primary project is on the role of law and lawyers in global governance, economic regionalism and sustainable development. He is also working on projects related to the international monetary system, digital money, open banking/finance, financial technology and regulatory sandboxes.

Moreover, Rafael is an associate fellow of the UK High Education Academy since 2016. He has a diverse, yet specialized, educational background, with a PhD from the London School of Economics and Political Science (LSE), an LLM from the Columbia University Law School, and an MPhil in Law and also an LLB from the University of Sao Paulo (USP). He was also a Visiting Researcher at Harvard Law School in 2012-2013.

Furthermore, Rafael has practiced law since 2007. He was a senior associate at Motta, Fernandes Rocha Advogados, a Brazilian law firm specializing in financial and business law, and before that, a senior in-house counsel at the B3 – the Brazilian Stock and Futures Exchange, where he rendered advice in financial law and regulation.

Global Trade Rulemaking and Regionalism: The Rise and Fall of Models of South-North Regional Trade Agreements The focus of my research proposal is on the role of international law in shaping global governance, economic regionalism and sustainable development. The central question is why regional trade agreements (RTAs) concluded between developed and developing countries (South-North) are typically perceived as the expression of a relatively uniform model of legal arrangements, despite several political and economic factors that would suggest otherwise. Indeed, these RTAs are homogeneously understood as inter-state agreements devised to promote regional trade liberalization. This pervasive view not only assumes that free trade is the primary policy of RTA-partners but also tends to consider irrelevant both their differences in economic structure and development stage and the effects of economic imbalance over trade preferences and bargaining power. To understand how South-North RTAs came to be conceived and practiced as expressing a dominant model, my projects aim to foreground the hidden work of lawyers in global economic governance. My research is premised on a socio-legal idea that it is within the often neglected field of international economic law (IEL) that legal knowledge and practices are produced, organized and chosen according to characteristic protocols. In particular, it is through modes of legal governance that trade policies and disputes are framed as legal issues, to which rules and institutions are applied, and finally, a decision is reached. By employing socio-legal methods, I explore the ways in which political and intellectual disputes, inside and outside the IEL expertise, shape how lawyers make use of international law to conceive, design, operate and interpret RTAs. The purpose of my current projects is to foreground the pivotal role of ‘ideal models’ in shaping the content and form of RTAs. A ‘model’ is not conceived as an abstract or metaphysical concept, but rather as a mode of legal governance through which lawyers can understand and make coherent and credible arguments about RTAs. My current work aims to examine the underlying role of ‘ideal models’ in structuring the substantive and formal dimensions of RTAs. Particularly, it suggests that models are employed by lawyers to understand, interpret and apply rules and institutions of, or solve disputes over, GATT/WTO law and RTAs. The second aim is to account for the rise and fall of models of South-North RTAs between 1947 and 1980. My papers will demonstrate that three models were produced and employed to structure decision-making over the institutional and normative features of regional trade governance between developed and developing countries. Moreover, it suggests that the influence of these models achieved its zenith in the 1970s, but was followed by a sharp decline.