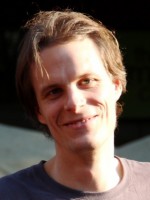 is a Senior Research Fellow at the Max Planck Institute for Research on Collective Goods. His main areas of research are international law, comparative constitutional law and constitutional theory. He holds a PhD. in law from the University of Frankfurt and an M.A. in Quantitative Methods in the Social Sciences from Columbia University. Furthermore, he worked as a legal advisor for the GIZ Legal Advisory Service in Beijing in 2005/06 and was a Visiting Professor at the Hertie School of Governance in Berlin in spring 2012. At NYU, Niels will be working on a project on the Rationality of balancing in constitutional adjudication.

The Rationality of Balancing in Constitutional Law

In individual rights review, constitutional courts often have to solve conflicts between competing rights and interests. The test that is used by many courts is the proportionality principle. The core of each proportionality test is a balancing exercise, which is, in essence, a cost-benefit analysis that tries to determine whether the public interests for limiting a particular right outweigh the interests of the fundamental right holder. This judicial practice is often severely criticized. Critics claim that the process is irrational because the interests that are included in the balancing equation are incommensurable. My research project aims at analyzing whether and how courts react to this critique. It intends to see what courts actually do when they balance, how they frame the balancing test and what solutions they have to avoid balancing. For this purpose, it compares the case law of five different courts having the power of judicial review of the legislation. These courts are the Canadian Supreme Court, the South African Constitutional Court, the German Federal Constitutional Court, the US Supreme Court and the Supreme Court of India.