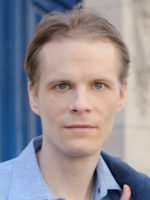 Niels Petersen is Professor of Public Law, International Law, and EU Law at the University of Münster since February 2015. He holds a PhD in Law from Goethe University in Frankfurt and an MA in Quantitative Methods in the Social Sciences from Columbia University. Before coming to Münster, he was a Research Fellow at the Max Planck Institute for Comparative Public Law and International Law in Heidelberg (2004-2006), a Visiting Doctoral Researcher (2006/07) and Hauser Research Scholar (2012/13) at the NYU School of Law, and a Senior Research Fellow at the Max Planck Institute for Research on Collective Goods in Bonn (2007-2015). His research focuses on international human rights and domestic fundamental rights, constitutional theory, empirical methods in constitutional law, and the sources of international law. His most important monograph is Proportionality and Judicial Activism (CUP 2017). Recently, Niels was awarded an ERC Consolidator Grant for a research project on “Correcting Inequality through Law”, on which he is working during his stay at NYU.

Correcting Inequality through Law. Equality is one of the main political concerns of our time. Rising economic inequality is often cited as a major reason for the recent rise of political populism. But economic inequality is not the only problem. Inequalities based on gender, race or nationality are also major issues in the contemporary discussion. The proposed research project analyses the contributions that courts can make to correct inequalities. Norms protecting equality form part of all major national and international human rights instruments. However, the meaning of equality is fundamentally contested. The question, therefore, is not whether legal equality guarantees can tolerate inequality, but to what extent they can do. Therefore, courts face the challenge to develop doctrinal instruments to give meaning to the concept of equality. The research project “Correcting Inequality through Law” analyses how apex courts conceptualize equality in constitutional and international human rights law. It will be based on a comparative study of the equality jurisprudence of 16 courts and jurisdictions (Canada, Colombia, France, Germany, India, New Zealand, Poland, South Africa, Spain, Taiwan, United Kingdom, United States, UN Human Rights Committee, ECtHR, IACtHR, AfrCHPR). It has three aims. Firstly, it intends to create a comparative map of equality jurisprudence, i.e. to describe and categorize the constitutional jurisprudence on equality: Which doctrinal choices do courts make and how do these choices inform the conception of equality? Secondly, it seeks to explain the doctrinal choices of the analyzed courts: Which factors influence courts to arrive at particular conceptions of equality? Thirdly, it has a normative goal and examines whether courts are better suited to correct certain kinds of inequalities than other kinds of inequalities.