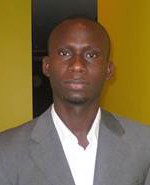 is a senior research fellow at the Max Planck Institute for Innovation and Competition in Munich, Germany. He is also a faculty member at the Munich Intellectual Property Law Center (MIPLC). He lectures also at the Master II Program co-organized by WIPO, OAPI and the University of Yaoundé II in Cameroon. Mor Bakhoum research and teaching focus on Competition Law with an emphasis on the situation in the developing and emerging economies. He coordinates the Max Planck research project on “Competition Law in Developing Countries”. Mor Bakhoum has a keen research interest in the interface between IP and Competition Law and the issue of innovation and access. Mor has extensively been involved in the competition law reforms in West African and has been involved as expert in capacity building programs financed by EU and UNCTAD for West African Competition authorities. He was the lead expert in the reform of the West African Economic and Monetary Union (WAEMU) institutional framework on competition law is member of the drafting committee of the new competition regulations. He has extensively published on competition law related issues in developing countries.

Mor Bakhoum holds also an LL.M. in International Intellectual Property Law from Chicago-Kent College of Law which he completed in 2008 with high honors and ranked top of the class. He received the Cali award for the best antitrust paper as well as the Cali award for the best LL.M. thesis. While at Chicago-Kent, he worked as a research assistant for Professor David Gerber.

The Development Dimension of Competition Law and Policy: A Sub-Saharan Africa Perspective

Three questions will be deal with in this research:

1) What are the most severe competition constraints that undermine the well-functioning of markets and thereby hinder development objectives?

2) What are the main challenges that competition authorities and public officials face in order to overcome them?