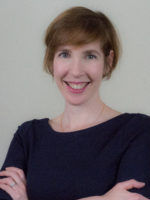 Dr. Mona Pinchis-Paulsen is a Canadian lawyer (qualified in 2007) and holds a Ph.D. in International Economic Law from The Dickson Poon School of Law, King’s College London, and an LL.M. in International Law from The George Washington University Law School. Most recently, Dr Pinchis-Paulsen was a Senior Fellow for the California International Law Center, where she convened several “Globalization & California” seminars. She has been a visiting lecturer at the UC Davis School of Law and King’s College London. Dr Pinchis-Paulsen was also a visiting researcher at Stanford Law School. She has worked on several international disputes, including international trade disputes and treaty arbitration claims and annulments. She is currently Assistant to the Editor-in-Chief of the Journal of International Dispute Settlement.

Dr. Pinchis-Paulsen’s primary area of research is in international economic law, with an emphasis on the history of trade and investment law, treaty negotiation, and international dispute settlement. She is also interested in projects that evaluate how pre-existing international legal architectures address new issues, particularly women’s roles in the global economy. She currently seeks to use in-depth archival research to develop legal analyses targeting the passionate debates about the modernization of international investment treaties. Her research also contributes to the widely-observed ‘historical turn’ in international legal research.

Dr. Pinchis-Paulsen has been chosen to present her research in several renowned international law conferences, has published in a leading, peer-reviewed journal, The Journal of World Investment & Trade, and has contributed a book chapter on international law and historical methodology, International Investment Law and History (Edward Elgar 2018).

Contributions to the Origins of Investor-State Arbitration: 1948-1962. Currently, the international investment legal system, which governs the interaction between foreign investors, home states and host states, lacks a global constitution to provide cohesion of rules and practices. Instead, it is composed of a network of treaties, customs, contracts, national laws, and ad hoc arbitral awards. Based upon the protections afforded by investment treaties, covered foreign investors may claim compensation directly against a host state before an ad hoc international tribunal known as investor-state arbitration (ISA), rather than suing through domestic legal institutions. With a proliferation of disputes since the 1990s, law-makers, scholars, and civil society have raised several legitimacy challenges with the current ISA framework. They are wide-ranging, with, for example, challenges that ISA fails to provide a consistent, stable, and neutral body of law; or, that it constrains states from enacting public policy due to fears of potential ISA claims. States have recognized a need to address these challenges. This has led to several proposals, including the design of a multilateral investment court or removing ISA from investment treaties altogether. A concern with these reforms is that they fail to account for the benefits of including ISA in treaties to begin with. These reforms also neglect to consider the genesis of the ISA framework to better evaluate its role in regulating and protecting foreign capital, then and now. Understanding why and how ISA was designed is a necessary step towards defending or dismantling it. Yet, absent from existing legal scholarship is international historical analysis as to the different paradigms of law that shaped the modern ISA framework, and the impact of different sources by states, private actors, and domestic and international legal institutions upon the formation of ISA mechanics. This project will address this gap in the legal scholarship by engaging in archival research to explore the formation of the ISA framework; and, in doing so, will deepen our understanding as to why investment treaties contained ISA for satisfying the objectives of investment treaties. Focusing on under-explored materials, this project will offer historical and analytical research into the design and planning of ISA based on the work of European actors and institutions from 1948 to 1962.