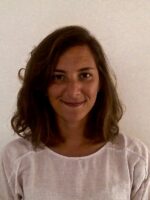 Marta’s expertise lies at the interface of EU law, constitutional law, and risk regulation. Her current research focus is on the interaction between technical and democratic legitimacy and in particular on the development of a constitutional framework for experts’ involvement in EU decision-making. In her doctoral thesis, titled ‘Who decides on technical legislation? Analyzing the dialogue between politics and expertise in drafting and applying technical legislation’, she focused on the genetic aspects of such rules and outlined the paradigms according to which technical contents influence legislative processes at domestic level. Her broader research interests include comparative and EU constitutional law.

The constitutional place of expertise. Developing a constitutional framework for experts’ involvement in EU decision-making. The legitimacy of expert-based decisions is a recurring problem in EU regulatory decision-making. Technical complexity is common to many policy fields at EU level, ranging from financial governance to health and environmental protection, so that the participation of scientific and economic expertise is an intrinsic element of most decision-making processes. The high complexity characterising the issues at stake fully justifies the involvement of experts. However, in a multi-level context such as the EU’s, this has often resulted in an apparent neutralisation of political issues into merely technical assessments, to the detriment of accountable, inclusive and epistemically sound deliberations. How can technical and democratic legitimacy be reconciled in a supranational polity? My research addresses this question from a constitutional standpoint. In particular, it explores the potential of constitutional principles such as participation, transparency and rational administrative decision-making as triggers of dialectic learning processes between courts and decision-makers. In doing so, it builds on a systematic investigation of how European Courts (Court of Justice and General Court) frame such principles when reviewing expert-based decisions and on the analysis of the relevant institutional practices, in order to assess how decision-makers respond to judicial activity. It aims at understanding how the legitimacy of expert-based rule-making could be enhanced through its constitutionalisation. Its overall goal is to develop a comprehensive constitutional approach to expertise, bridging the divides between different types of expertise and policy areas, under the common lens of EU constitutional principles.