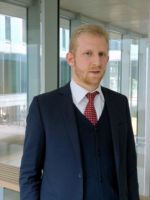 He was visiting researcher at the Max Planck Institute for Comparative Public Law and International Law (Heidelberg – Germany) and at the Max Planck Institute for Foreign and International Criminal Law (Freiburg Im Breisgau – Germany), and visiting student at the “T.C. Williams” School of Law of the University of Richmond (VA).

He is also member of the IACL (International research group “Constitutions in the Age of the Internet” and of the Italian Section of the Réseau académique sur la Charte sociale européenne. Furthermore, he is junior fellow of the Italian Academy of the Internet Code (IAIC) and member of the editorial board of the Italian reviews Diritto Mercato Tecnologia and Diritto Pubblico Comparato ed Europeo. He is editor of the web portal MediaLaws.eu, focused on law and policy of media in a comparative perspective.

He has co-edited with Professor Oreste Pollicino the volume Towards an Internet Bill of Right (Rome, 2015) and has authored more than 25 among articles and book chapters published by national and international reviews. He has served as speaker in more than 20 events and seminars.

Balancing Fundamental Rights on the Internet. Courts as Playmakers? A Critical View.   The goal of the research is to reconcile the analysis on the relationship between new technologies and fundamental rights with the debate on the European judicial cooperative constitutionalism. Against a background of legislative inertia the purpose of enhancing the level of protection of fundamental rights when it comes to the Internet has been pursued most notably by courts and tribunals. However, the existence of different views of the relevant fundamental rights encapsulated in the respective national constitutions raises critical issues in terms of balance among rights that may be given different consideration by various legal orders. These clashes can be observed having regard most notably to freedom of expression, copyright and data protection. The balance among these rights may have different outputs depending on the relevant legal system. Given the global nature of the Internet, however, judgments do frequently produce consequences that go beyond the juridisdiction of the relevant court/state. As the recent Google Spain and Schrems judgments of the Court of Justice of the European Union demonstrate, spillover effects are very frequent and decisions which are formally binding on certain states (the Member States of the European Union, in those cases) do nevertheless impact the legal order of third countries. It should therefore be questioned whether this judicial activism in the field of the protection of fundamental rights is actually beneficial from a constitutional law perspective or urges to revisit well-established constitutional categories.