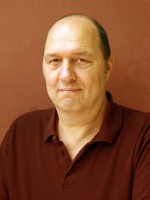 After having studied economics and political science at the University of Amsterdam, Luc worked as an assistant professor at the Erasmus University Rotterdam where he specialised in industrial economics, public finance and welfare economics.

The empirical effects of resale price maintenance The purpose is to provide an overview of empirical evidence of the effects of resale price maintenance (RPM). I want to investigate in particular the many RPM decisions taken since 2000 within the ECN and see to what extent they provide a justification for the rather strict past and present policy towards RPM. EU competition policy has always applied a rather strict approach towards RPM. In the US an even stricter per sé approach was applied until the Supreme Court judged in the Leegin case that RPM should be dealt with under a rule of reason standard. In the economic and legal literature the correct approach towards RPM has been intensely debated the last couple of years, but this debate has been hampered by empirical data. As a result the debate has not gone much further then outlining the negative and positive effects that in theory may result from RPM, while a justification for a particular policy must also be based on the empirical likelihood of these effects. A framework for analysing the effects of conditional rebates The purpose is to provide a practical framework for the implementation of the effects-based approach to conditional rebate systems as proposed in general terms in the Commission’s Article 102 Guidance Paper. In the Guidance Paper the Commission proposes to apply the as efficient competitor test to conditional rebates, which requires calculating the effective price which a competitor will have to offer to compensate a customer for the loss of the conditional rebate in case the customer would switch part of its demand and comparing this price to the dominant firm’s costs. While this calculation is clear in theory, the practical modalities of calculating the effective price, including the relevant range of switching, are under discussion, as witnessed by current efforts within the ICN and by several competition authorities, including the Commission and US authorities, to grapple with the concepts in actual cases.