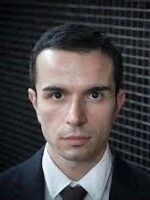 Ljupcho Grozdanovski is a post-doctoral researcher, specialized in the field of evidence in EU law. He completed his BA in Law (2006), and holds a Master’s degree in International law and European Studies (2007) as well as in EU law (2008) from the University of Strasbourg, France. In 2015 he defended his doctoral dissertation on ‘Presumption in EU law’ (summa cum laude, University of Aix-Marseille, France). His thesis provides an analysis of the notion of presumption from the perspective of Theory of Legal Evidence and examines the principles governing the adducing, assessment and rebuttal of presumptive evidence in both EU Institutional Law and EU Substantive Law.

The Code of Evidence of the EU: Evidence, Justice and Integration in the EU Legal Order.  The relationship between the integration and the rules and principles on the administration of justice in the EU legal order is traditionally viewed as a matter of law. However, the emergence of new technologies, as well as of new economic, social and political realities increasingly raises issues related to the assessment, legal classification and evidence of facts. This research aims at analyzing the relationship between the specificity of the EU and the procedural means - based on the Treaties and EU Secondary Law - of fact- and truth-finding. It seeks, in particular, to address the following questions: is there a conceptual specificity of the notion of evidence in the EU, reflecting that of the EU legal order? Is it possible to affirm the ratione materiae existence of a Union law on evidence, in the absence of codification/harmonization in procedural matters? The research carried out under this project will unfold in two stages. First, focus will be put on the concept of evidence in the EU, analyzed through the prism of the main schools of thought on legal truth, legal rhetoric and reasoning, theories of justice and of integration. The aim, at this stage, will be to identify the EU principles that govern the substantial aspects (fact/law distinction, probative value), procedural aspects (burden of proof, standard of proof, standard of persuasion), institutional aspects (jurisdiction in matters of facts) and axiological aspects (procedural rights and values underlying the administration of justice) of evidence in the EU. Based on the conclusions drawn, in a second stage, the aim of the research will be to establish a comprehensive corpus of the principal modes and modalities of evidence in the EU, thus verifying whether the longstanding assumption that evidence is direct or indirect applies to a legal order such as that of the Union.