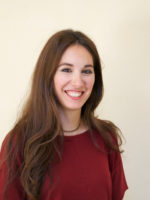 Leticia is interested in the way EU law interacts with inequality, especially regarding litigation and judicial decision-making. She has been part of several research projects at the European University Institute (Constitutional Change through Euro-Crisis Law, European Regulatory Private Law) and worked on topics such as the application of the Francovich doctrine in Spain, the distributive impact of international trade legislation and the social impact of euro-crisis measures.