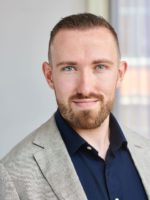 Kirchberg’s Fairy Tale of Analytical Jurisprudence: Implications and Limitations of Conceptualizing EU Law as an Autonomous Legal System. This project aims to flesh out the claims of the European Court of Justice (ECJ) on the nature of EU law and the underlying conception of law from the perspective of analytical jurisprudence. Its main hypotheses are that (a) analytical jurisprudence offers a useful vocabulary to explain typical characteristics of the EU legal system, including the claims and behavior of its legal officials, and that (b) the EU legal system behaves no differently from national legal systems. This project is specifically concerned with three well-known puzzles of EU constitutional law: the basis of the doctrines of autonomy, primacy and direct effect; the function of national courts as “decentralized EU courts” in the EU legal system; and the relationship between the autonomous nature of the EU legal system and the hermeneutics of the ECJ case law. It aims to show that analytical jurisprudence can offer a different perspective to these puzzles that complements existing views, which mostly root in either constitutional theory and law, or normative jurisprudence. This project will refer mainly to the legal positivist tradition of Kelsen, Hart, Raz, and their followers, but also draw from other perspectives such as Dworkinian non-positivism, legal-sociological systems theory (e.g. Luhmann, Selznick, and Teubner), and Bourdieu’s work on the legal field, so as to provide a richer contextualization of the main insights (and limitations) of analytical jurisprudence. Following post-Popperian methodology, this project will try to develop a conceptualization of EU law in the “research programme” of analytical jurisprudence, but at the same time it will try to falsify precisely such a conceptualization by testing its hard core assumptions. Other, “thick” theories of constitutionalism that have expressly departed from the “a-historical” and “thin” approach of analytical jurisprudence, will be used in this regard to critically scrutinize this project’s main hypotheses.