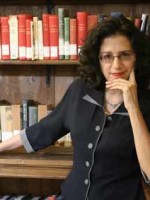 Jean L. Cohen is the Nell and Herbert Singer Professor of Political Theory and Contemporary Civilization at Columbia University.  Her work is at the intersection of political theory, constitutional and international law and legal theory.  Her most recent book, Globalization and Sovereignty,(Cambridge University Press, 2012) focused on rethinking sovereignty in light of developments in international political theory and international law.   Prior to that she published a work on Regulating Intimacy,(Princeton U. Press, 2002 focusing on legal paradigms and the question of appropriate normative and legal understandings of constitutional rights pertaining to gender, reproductive and sexuality issues in the U.S.  Her book on Civil Society and Political Theory,(MIT Pres,s1992)  co-authored with Andrew Arato, is an exercise in democratic theory aimed at learning from the experiences of the new social movements in the 1970s and 1980s and theorizing the importance of civil society institutions: movements, publics, associations, to democratic theory in two contexts: the further democratization of existing constitutional democracies and democratic transitions from authoritarian political systems (in soviet type societies). Her first book: Class and Civil Society: The Limits of Marxian Political Theory ,(U. of Mass. Press, 1982) focused on retrieving the concept of civil society from economic reductionism and its importance for social movements other than the worker’s movement and for democracy.

Her current work is focused on religion, and liberal constitutional democracy.  She has put together several international conferences on the topic and a co-authored volume, entitled Religion, Secularism and Constitutional Democracy is about to appear (Columbia University Press, Fall 2015).  Cohen is concerned with theoretical and normative issues regarding accommodation, sovereignty and religious status group legal pluralism, as they arise in renewed efforts to reorder relations between religious organizations and the liberal democratic state. Issues of illiberal pluralism, sovereignty, and gender equality are paramount to her work. Her focus is on the U.S. and Western Europe.  She has already published two pieces on the issue and has a third appearing in her edited volume along with a comprehensive introduction. She has just completed a piece called “Freedom of Religion, Inc.” to be presented as the keynote address at a conference in Amsterdam in June 2015, organized by the editors of the Netherlands Journal of Legal Philosophy.  The editors plan to publish her paper and a series of replies to it plus a reply to critics in a special issue of the journal in Fall 2015. Prof. Cohen would like to pursue her research in the area of the intersection of religion (domestic and transnational) and the liberal democratic state with special focus on questions of sovereignty, conflicts of rights and issues of equality including, but not only gender equality.  She is quite convinced that the deeper issues involved in the current freedom of religion discourse and accommodation demands in the U.S. and elsewhere—the scope of democratic state sovereignty, liberalism and conflicts of rights, pluralism ad its limits– have not been adequately attended to or theorized. Her current project is to begin to fill that lacuna.

Religion, Status Group Legal Pluralism and Liberal Constitutional Democracy.   Increasingly claims for religious accommodation—exemption from valid general law-- in the U.S. are justified in two ways: a claim to “church’ autonomy (including non-profit affiliates) from civil regulation and the assertion of the freedom of individual religious conscience not to comply with laws that violate religious requirements or render believers complicit with actions of others that do. The problem for such accommodations pose for liberal constitutional democrats is that they can turn discrimination by religious organizations or by corporations, businesses and non-profits into a group right irrespective of the harms to third parties or their conflicts with important public purposes.  These expanding claims to exemption raise a set of questions as to their compatibility with the core principles of liberal constitutional democracy—equal liberty and equal status for all individuals.  But they also raise sovereignty issues.   Do the religious have rights to autonomy for their associations that others do not have? Do religious organizations have a special right to discriminate on bases other than religion (gender, sexual orientation, age, disability) and on what grounds?  Do the jurisdictional claims of the religious conflict with the core principles of liberal constitutional democracy?  The reemergence of political religion in the public and legal spheres in the 21st century in the U.S. and elsewhere pose serious challenges to the civil sovereign liberal democratic state that must be addressed head on. I hope to do so in my project by working on liberty of conscience and on status group legal pluralism with special attention to family law and issues of gender equality.