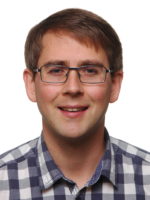 Jan Broulík recently completed his PhD under the joint auspices of Tilburg University, the Netherlands, and Charles University, Czechia (Prague). His dissertation conceptually analyzes the use of economics in antitrust decision-making.

Jan conducted research at the Max Planck Institute Luxembourg from Procedural Law, University of Lucerne, University of Hull, and University of Oslo as a visiting scholar. He was also an intern at the Court of Justice of the European Union with the cabinet of Advocate General Michal Bobek, and a junior associate in a Prague law firm.

Areas of Jan’s interest comprise antitrust law, law & economics, and jurisprudence. He has presented his research at a number of venues, including the European University Institute, King’s College London and the Norwegian School of Economics. Jan has authored several journal articles and co-authored a book.

Antitrust decision-makers rely routinely on economics as a source of relevant facts. Economics helps the decision-makers to ascertain the facts of the particular case at hand, as well as it provides information necessary for interpretation and creation of antitrust rules. This dichotomy is reflected in the well-established US distinction between adjudicative and legislative facts, which the project will employ in order to facilitate better understanding of the antitrust use of economics and procedural rules applicable to this use. A part of the project will map the adjudicative/legislative distinction onto different categories of facts ascertained with the help of economics. This mapping will include recognition of two different contexts to which economics is applicable: effects of business conduct on competition on the one hand, and effects of antitrust law on business conduct on the other. The project will also investigate procedural implications that follow from classification of a particular economics-based fact as adjudicative or legislative.