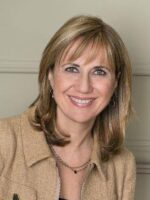 Helena Torroja Mateu is a senior tenured professor of Public International Law and International Relations at the University of Barcelona (UB) Law School (Barcelona, Spain), where she has been teaching since 1993. She holds a JD (1992) and a PhD in Law from the UB, with a dissertation on humanitarian action, law and policies at the United Nations (Summa cum laude and Special Award for the Best Thesis, 2001). Her research interests and publications have covered topics such as: United Nations law, human rights law, humanitarian law, international criminal law, diplomatic protection, privatization of the use of force, and territorial sovereignty and self-determination of peoples. She is currently studying populism in liberal democracies and international and European law. In this area, she is leading the Spanish Ministry of Science and Innovation research project “Secession, Democracy and Human Rights: The Role of International and European Law in the Catalan Case” (2020-2024).
In addition to the University of Barcelona, she has taught, among other places, at the Public Prosecutor’s Office-Spanish Ministry of Justice, the Spanish General Council of the Judiciary, the Vitoria-Gasteiz International Law and International Relations Courses, the Army War College (Spanish Ministry of Defense), the Spanish Red Cross; as well as at the Universities of Granada, Seville, and Valencia, the Autonomous University of Barcelona and Pompeu Fabra University in Spain and the Universities of Puerto Rico and Ottawa abroad.
Her international practice includes consulting for the Office of the United Nations High Commissioner for Human Rights (2014) and serving as an OSCE International Election Observer in Sarajevo (1996), among other activities.

Human duties as a means of tackling the spiritual crisis of liberal democracies in Europe: legal (international and European), political philosophical, and theological foundations.  The aim of the research is to contribute to the development of a theory of human duties in liberal democracies. Its hypothesis affirms that strengthening the legal recognition of human duties helps give people a sense of community and is thus a means of endowing liberal democracies with substantive content in order to tackle the crisis they are currently experiencing. The idea of human duties is already mentioned in some international and European human rights declarations and treaties; however, it is under-emphasized and poorly developed compared with the preeminence given to human rights. It is urgent to deepen the study of other complementary areas such as political philosophy and theology in order to look for the theoretical bases of human duties in a liberal democratic society. Many questions underlie the idea of human duties. This research project is defined by considering human duties to be helpful for solving the spiritual crisis of liberal democratic societies only insofar as they help build a sense of community, which implicitly has a sense of identity and belonging. During the 2020/21 academic year, the research will focus on answering a first main question: which community really provides meaning in terms of belonging and identity for a person? The European Union? The state? The people, nation or minority – defined by a common language, religion, race, or traditions – living under the jurisdiction of a state? To provide an accurate answer, I will start by studying the interaction of the concepts of human duties, community, and identity; I will then explore the ideas of cosmopolitanism and the unity of humankind as bases for the construction of an identity that is inclusive and respectful of the Other.