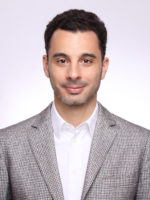 Francisco Costa-Cabral holds a PhD in Law from King’s College London and an LLM from the College of Europe (Bruges). He has clerked at the Court of Justice of the EU for Advocate General M. Poiares Maduro and for the President of the General Court, M. Jaeger. He was an Assistant Professor at the China-EU School of Law at the China University of Political Science and Law, having also taught in several European universities. He is a qualified lawyer and has practiced in Lisbon and Brussels. He has also been involved in several legislative and training programs in developing countries.

Transatlantic Competitive Values.   Francisco’s research aims to determine whether there are common values governing competition in the United States (US) and the European Union (EU). Such transatlantic competitive values appear to extend beyond a similar market economy and antitrust regulation. In addition to economic competition, both the US and the EU legitimize the results of political, regulatory, and social competition. The research will therefore attempt to determine the reasons why and the manners how our societies regulate competition. The research will do so by applying a single framework to several types of regulated competition. This framework is based on rivalry, since not all competition is supported by market transactions. The framework also proposes to move away from competition as an expression of freedom, since freedom allows for cooperation instead of competition (as the antitrust prohibition of collusion shows). The framework focuses on desired and prohibited types of competition, based on three factors: what is the purpose of instituting competition, how differentiated competitive positions are treated, and to what extent are competitive outcomes accepted. Some of the issues falling under these factors tend to be associated with non-competitive values, notably inequality and the social consequences for competition’s winners and losers. By integrating them, the framework fully captures the value choices of each type of regulated competition and allows normative connections to be made between them. It is hoped that this research will be useful for understanding why many societies emulate the market economies and the regulation of the US and the EU without the corresponding benefit (or, arguably, some of its detriment). A possible explanation is a wider mismatch of competitive values. Although the research will only look at the US and the EU, it is intended as a step in understanding how competitive values operate in the context of globalization.