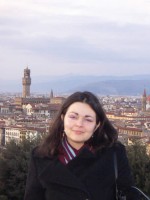 Merchants of Law: Comparative Law and the Architecture of Global Economic Governance Under most investment treaties, states have waived their sovereign immunity, and have agreed to give arbitrators a comprehensive jurisdiction over what are essentially regulatory disputes. Some scholars and practitioners have expressed concern regarding the magnitude of decision-making power allocated to investment treaty tribunals. Indeed, many of the recent arbitral awards have determined the boundary between two conflicting values: the legitimate sphere for state regulation in the pursuit of public goods on the one hand, and the protection of foreign private property from state interference on the other. Against this background, this research project aims to scrutinize the interplay between international investment law and comparative law and identify a method for drawing sound analogies. Can comparative law benchmarks help adjudicators in interpreting and applying broad and open-ended investment treaty provisions? Can the use of analogies contribute to the current debate over the legitimacy of investor-state arbitration? Can comparative reasoning help facilitate the consideration of the commonweal in investment treaty arbitration? How should comparisons be made? What are the limits, if any, of comparative approaches to investment treaty law and arbitration?

The underlying hypothesis of this study is that comparative law may play an important role in ‘legitimizing’ investment treaty arbitration. However, the use of analogies and comparisons requires the elaboration of a sound methodology to contribute to the further development of the field in a manner compatible with public international law. While other authors have clarified what kind of analogies are drawn, why, and who makes them, the time is ripe for further investigation on how analogies are drawn and whether there is a suitable and reliable method for drawing them. As Cassese puts it, ‘comparative lawyers establish a transnational legal discourse and act as merchants of law’ (Cassese: 2012). According to this paradigm, not only are analogies ‘an object of scientific analysis by national scholars belonging to different legal systems, but also “goods” or “merchandise” imported from the outside into a different legal order’ (Cassese: 2012). Are there rules to govern this ‘market’? Should there be? How should interpretation by comparison be governed?