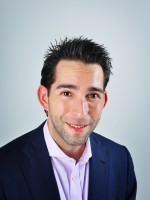 Dr. Diego Acosta is a Senior Lecturer within the department of law at the University of Bristol. He is an international expert in the area of migration law and has authored over thirty publications in the area including a monograph and three co-edited books. His work has appeared in the most important journals in the area including the International Migration Review, European Law Journal, European Law Review, Common Market Law Review, Journal of Common Market Studies or European Journal of Migration and Law. Dr Acosta is a frequently invited to lecture and give conferences in these area around the world. He has been involved in many research projects and is currently working 20% of his time on the Prospects for International Migration (MIGPROSP) project which has been funded with 2.1 million Euros by the European Research Council. Dr Acosta has provided consultancy for various international organizations, governments and political parties including the European Commission, the International Centre for Migration Policy Development and the Brazilian Government.

He is particularly interested on EU Migration Law and free movement of people. In the last four years he has been also researching new migration laws in South America as well as the construction of a South American Citizenship.

Between irregular migration and citizenship in South America and the European Union.

Migration is one of the key societal challenges of our era. The vulnerability and continuous criminalization of migrants in an irregular situation and the de facto establishment of second-class citizenry deprived of rights is one of the most worrisome trends in societies which otherwise label themselves as liberal and respectful of the rule of law. This project assesses migration law and policies in the European Union and South America in order to offer convention-busting proposals to regulate the area. I discuss Migration as an example of a clash between two central conflicting globalization processes:

First, we see a transformation of political membership through new forms of quasi-citizenship and a consequent impact for traditional understandings of identity and belonging in the national polity. Second, we face a contradictory process of securitization and criminalization of migration and the attempt by the State to control its borders. The outcome of this dispute results in conflicting mechanisms of inclusion and exclusion and in illiberal State practices, contrary to fundamental rights, with profound implications for the rule of law in Europe and South America.

The EU has advocated in the last 15 years the idea that an effective return policy of undocumented migrants is vital to ensuring public support for phenomena such as legal migration and asylum.

In South America, by striking contrast, a new ground-breaking discourse on migration has been developing during the last 15 years. Paramount among this development is the recognition of a human right to migration in several policy documents and national legislations.

These ideas, challenging established assumptions on the regulation of migration in Europe and elsewhere, have been the subject of little academic or policy work. This project will fill that gap.