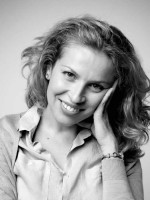 holds a Ph.D. in International Relations from the University of Kent at Brussels and a Master in Legal Studies from the Yale Law School. While at Yale, she worked as a Research Assistant for Professors Judith Resnik and Reva Siegel and taught seminars at the summer program Yale Young Global Scholars. Bilyana received her first MA in European Studies from the University of Maastricht and BA in International and European Studies from Panteion University, Athens. She was also a Visiting Scholar at the Law Department of the European University Institute in Florence, a consultant on EU data protection in Bonn, and a trainee at the European Commission’s Representation in Athens. Bilyana’s academic interests are in comparative constitutional law, EU law, federalism and fundamental rights.

California Effect 2.0: Asymmetric Federalism and the Battle over Privacy The European Union is not a fully-fledged federation yet in the area of information privacy, unlike the United States, it has opted for a high level of harmonization. The EU approach is characterized by omnibus or comprehensive legislation that combines regulation of information privacy in the public and private domains vis-à-vis a patchwork of federal sector-specific statutes complemented by state laws found in the US. Beyond the binary divisions, my project will seek to uncover useful parallels that motivate law formation in this field as a case study of federalism. The first EU data protection instrument – the 1995 Data Protection Directive – was motivated by German and French high standards of privacy protection and as in 2014 the EU moves to update its data protection regime, several national courts followed by the European Court of Justice have delivered decisions on data retention and the “right to be forgotten”. In the US, along with other states, is California driving forward the privacy debates as it once did regarding environmental law? These developments offer a rich contextual ground for comparing and conceptualizing the role of federal floors and ceilings, the nature of defensive preemption (the institution of not too ambitious legislation on the (quasi)-federal level triggered by industry efforts to preempt more privacy-friendly state law), as well as federal or EU vis-à-vis state leadership and the unexplored question of conditions for legitimacy of asymmetrical federalism (federal or EU reform driven by a handful of states).