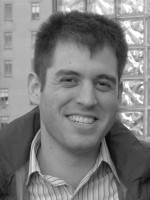 is a postdoctoral fellow at the Jean Monnet Center and the Associate Editor of the International Journal of Constitutional Law (I.CON). Arie completed his J.S.D. at New York University School of Law in summer 2012. His dissertation deals with relations of legal authority within the modern state, and the way such relations have shaped controversies in legal theory and practice. Prior to his doctoral studies, Arie completed an LL.M. at NYU as an Arthur T. Vanderbilt scholar, and received undergraduate degrees in law and in philosophy from Tel Aviv University.  Email: arie.rosen@law.nyu.edu

Conflicting institutions, disparate expectations, and the problem of statutory interpretation

Judges do not converge on any single mode of statutory interpretation, and theorists are similarly divided. The various positions are argued for on different grounds, and it is hard to compare or reconcile the competing views. My project follows two lines of argument in this debate, and claims that somewhere between them lies the key conflict of statutory interpretation; a conflict that remains unresolved. One line of argument focuses on legislation and its value as a mechanism for determining the content of law. The other argument focuses on the judicial moment of interpretation and the circumstances of law-application. The camps disagree because they look in different places for the logic and purpose of statutory interpretation. By analyzing the institutional structure of our legal system and its history, I argue that our understanding of legislation is incompatible with the demands we have of judges tasked with applying statutes, and that this is the continuous, insoluble conflict that underlies our disagreements on statutory interpretation.